Does your company have a Big-Hairy-Ambitious-Goal? You may think it’s to make money, to create shareholder value, to grow. Every company needs to do those things. It’s how you’ll do those things that’s important.

“Today’s extraordinary businesses are driven by Big-Hairy-Ambitious-Goals. They own an unconditional, inspirational directive about where the business needs to go in the world. Especially during times of great economic uncertainty, a BHAG is the key to creating and maintaining a high performing organisation, deserving just as much attention as strategy, execution and innovation.” Indra Nooyi, Chairwoman and CEO of PepsiCo

The world’s most powerful companies own a Big-Hairy-Ambitious-Goal.

MultiChoice Africa is not just another satellite TV provider. It’s purpose is to ‘enrich lives’ across the continent, bridging the divide through broadcast content in education, news and entertainment.

Nike/Inc is not just another manufacturer of sports shoes and clothing. It is a company that embodies the spirit of winning.

The Coca-Cola Corporation is not just about producing sugared, carbonated water. It’s about enjoying life.

Orange is not just another telecom provider, it’s about optimism. (The future is bright. The future is orange.)

Nando’s is not just another fast food franchise. It is a spicy part of South African life.

Avis is not just another car rental company. ‘We try harder’ has become their business-model.

Paris is about romance. Rugby is about tribal warfare. Greenpeace, standing up for the defenseless. Apple is about thinking different.

To own a Big-Hairy-Ambitious-Goal is like to own a deep-seated conviction. It is the key to a high-ground no one else can claim. People are drawn by its sense of purpose. People want to be part of what’s happening and they want to work or invest in you. Everybody wants to belong.

Do you have a BHAG?

“I am prepared to bet that in almost all medium to large-seized companies, half the available energy is untapped. Develop a consistent company idea and you will generate enough magawatts for one long and progressive sweep into the limelight” Jack Trout, Strategic management consultant and author.

Even large corporations and governments have now recognised the value of giving the public the power to influence key decisions and have adopted socially-oriented business models. This past year, for example, Iceland invited its citizens to submit suggestions and comments on a new draft constitution using Facebook, Twitter, and Flickr. In October, 66% voted in favour of basing the new constitution on this crowdsourced document.

Brands are moving past social media marketing to incorporate social mechanisms into everything they do, from supply chains to customer service to product design. This is ushering in a new age of collaboration and transparency. Part of the success is not only the idea behind the projects, but about the way it is designed, the way the story is told. Result are measured not only by social media strategy, but a visual social media strategy as well. 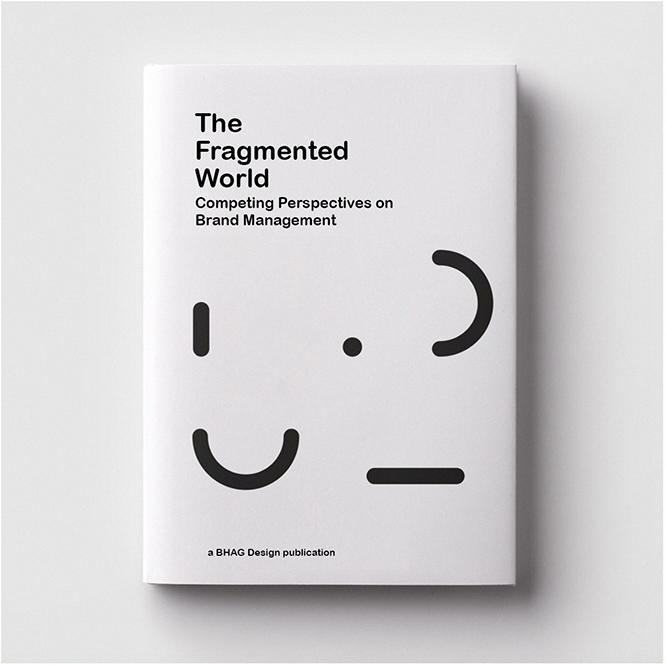 How can brands nimbly navigate the difficult waters of increasingly fragmented markets? How can brand managers win back some of the control they have lost to consumers in the age of social media?

Take for instance the Gap logo fiasco. The company had to pull back its new logo in the face of intense online backlash from consumers who wanted to keep the old one. By contrast, Starbucks’ rebranding and its new siren logo were mostly evaluated as a success. What then determines the hits and the misses in the new branding era?

The answer may lie in how well companies adopt a “transbranding” philosophy and management system.

“Trans” is derived from Latin and as a prefix means “across, on the far side, and beyond.” We commonly use words like “transportation” and “transfer”; in both cases, “trans” connotes a bridging characteristic, whether it is between places, conditions, or people. Thus, transbranding is using brands to connect and effectively move between divergent markets.

Branding has always been an important part of marketing strategy, since many consumers use brand attributes to determine their purchasing decisions. The branding dialogue in the past was predominantly led by marketers, but in the digital era of today, that discussion is heavily influenced by other voices, such as by social networks. This results often in a varied and potentially conflicting narrative about a brand. Transbranding is a call for marketers to retake the initiative in integrating the communication of their brands across offline and online domains. 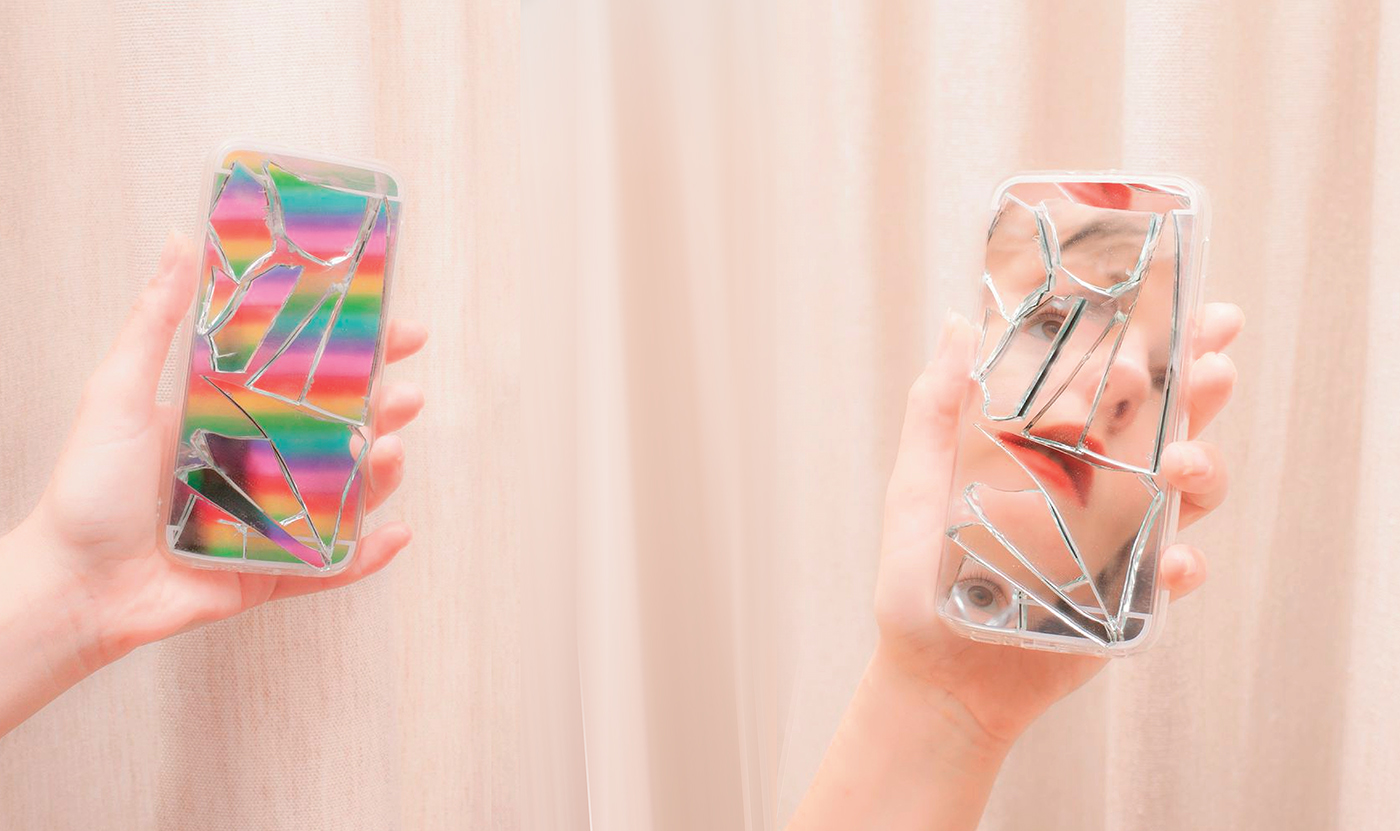 Companies or people that are successfully pioneering transbranding demonstrate some key “trans” qualities in the following ways:

1. They are transitional. Sometimes a company and its branding has to evolve to align itself with its changing market environment. When this happens brands have to provide strong leadership to make sure its loyal consumers do not feel lost by radical changes, such as by an unexpected new logo. Whereas the Gap stranded their old customers with their new brand identity, Starbucks initiated a longer, integrated, and open effort to help their partners and patrons to transition to the rebranding effort. More specifically, by keeping the siren, Starbucks signaled that the familiar retail experience would continue. But importantly, by omitting “Starbucks Coffee” in the logo, it communicated that its business also consisted of non-coffee categories — in the present and possibly more in the future.

2. They are transcendent. Instead of just catering to the idiosyncratic demands of the micro-segments created by new media, brands should also try to aggregate consumers by finding an appeal that can transcend market differences. A recent Harvard Business Review blog about Gangnam style discusses how a video sang almost entirely in Korean nevertheless became a global viral sensation because, at the core, the music, the humorous visual content, and the artist Psy himself were all universally liked. Brands, too, have to search for that kind of power to attract across seemingly variant markets.

3. They are transformable. With digital domains, like smartphone apps, becoming a new and important battleground, branding elements now need to be visible in a much smaller or dynamic setting. Case in point: DC comics now uses a “living identity,” where its new peelable logo reveals its many superheroes. Whereas its former identity was singular and static, the new malleable brand ID can be flexibly fit to properties, characters, and media, such as in digital devices, where consumers can playfully interact with it.

4. They are transparent. Domino’s Pizza created a stir by conducting a bold campaign where it openly discussed the consumer dissatisfaction and quality issues facing the brand and how it was going to overcome them. Brand transparency is important in honestly addressing consumer complaints, especially since, when left alone, they can be spread quickly on social networks. Companies, however, need to determine the proper level of brand transparency by weighing its impact on other branding factors, including trust, mystique, storytelling, and surprise.

While it is true that the changed media landscape has made life difficult for marketers, the good news here is that a transbranding mind-set can help managers cross over the old-school and new-school branding divide.

Dae Ryun Chang is Professor of Marketing at Yonsei School of Business, Seoul, Korea. Follow him on Twitter at @daeryun. Don Ryun Chang is professor of branding and design management in the department of visual communication at Hongik University and a former President of the International Council of Graphic Design Associations.

Creating a logo for ArcelorMittal — the world’s largest steel company, with over 320 000 employees and a presence in more than 60 countries — is no small undertaking. Assigned by FutureBrand, we’ve conceptualized and designed this ultra simple, yet powerful signature device.

How did we get here? The Mittal family are understated people, so it was essential to have something dignified, but also strong, clean-cut and world-class. That’s why we came up with the idea of the signature which at closer inspection is made out an A and an M. The ArcelorMittal signature is unique to the company, just as an individual’s handwritten signature is unique to them. Designed to suggest the transformational energy that characterises the company, the signature’s dynamic and iconic form reflects ArcelorMittal’s leadership position in the steel industry.

We developed a brand website that has downloadable applications, typefaces and tools. We can also upload additions and make modifications when necessary. The result is a very flexible brand tool, with the benefit of being instantly accessible anywhere in the world. 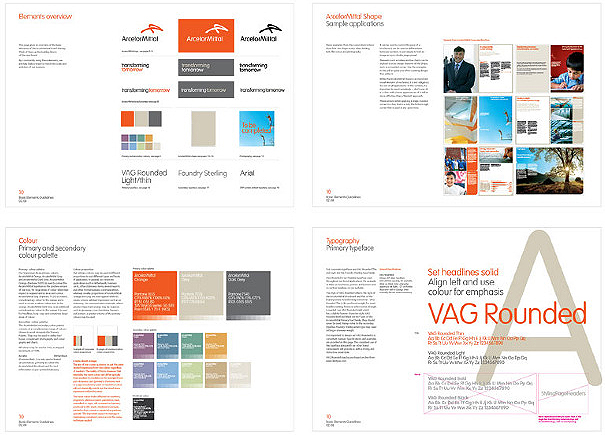 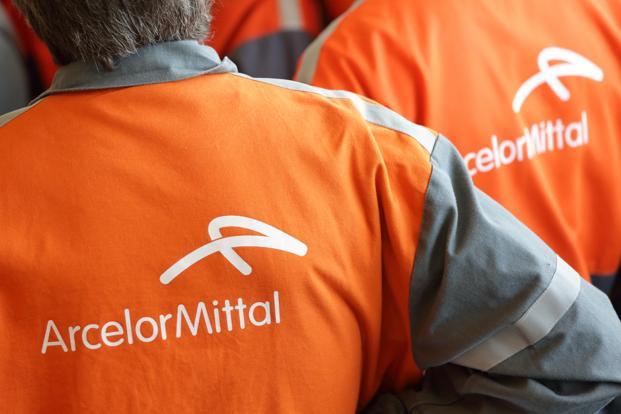 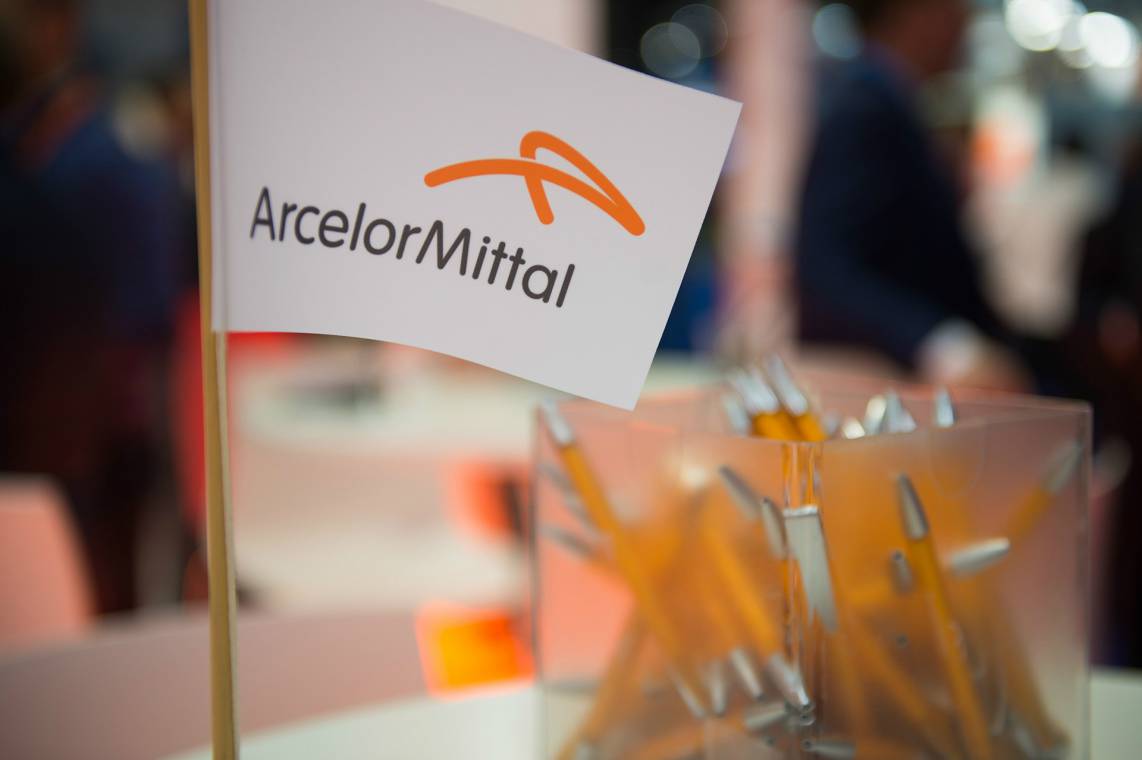