Theater Anoniem (Anonymous) is a Flemish-speaking performance arts companionship that operates on a not-for-profit basis. It stages theatrical productions – as in plays that range from comedy to drama and is based in Antwerp (Belgium). It brings stage productions to everyone who loves to see local artistry taken to another level. Its ambitious performance repertoire has local actors on their toes and since we’ve been designing their new identity and announcement posters, crowds have been flocking to the venues. This is a pro-bono project and we work closely together with various stakeholders such as writers, directors, actors, photographers, digital artists, and printers to get our message out there. 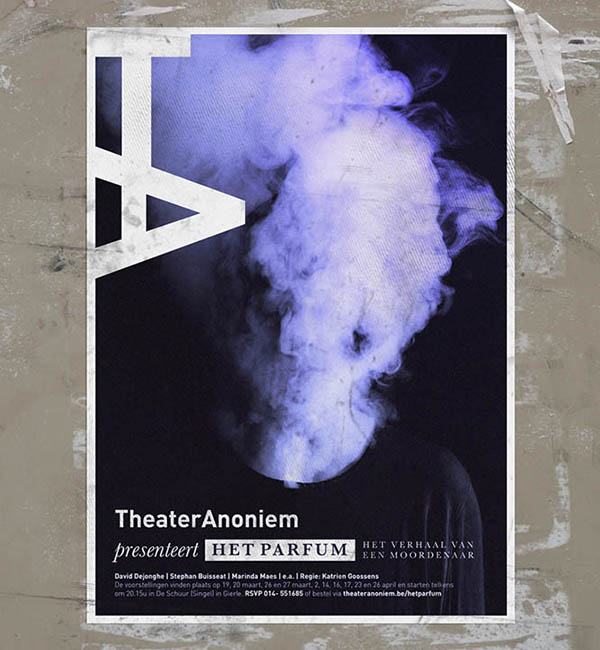 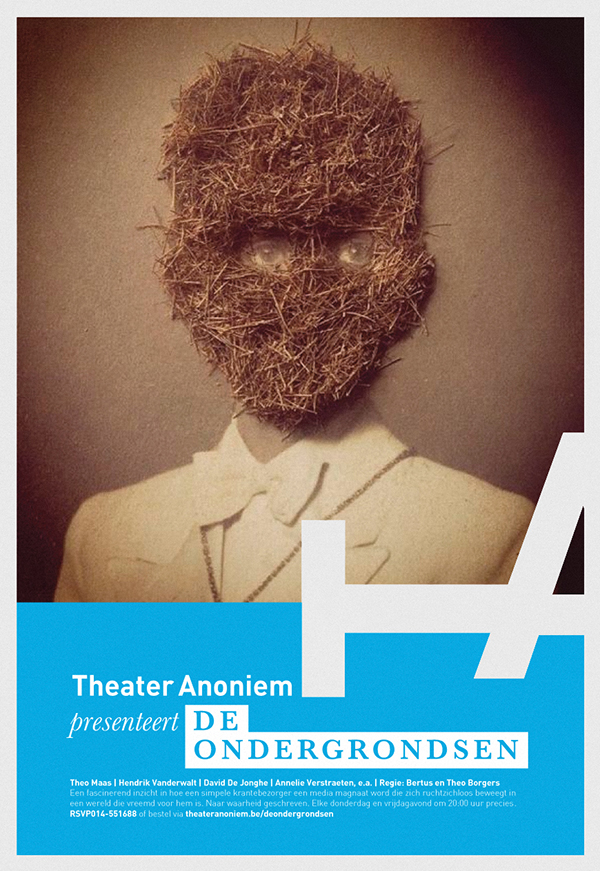 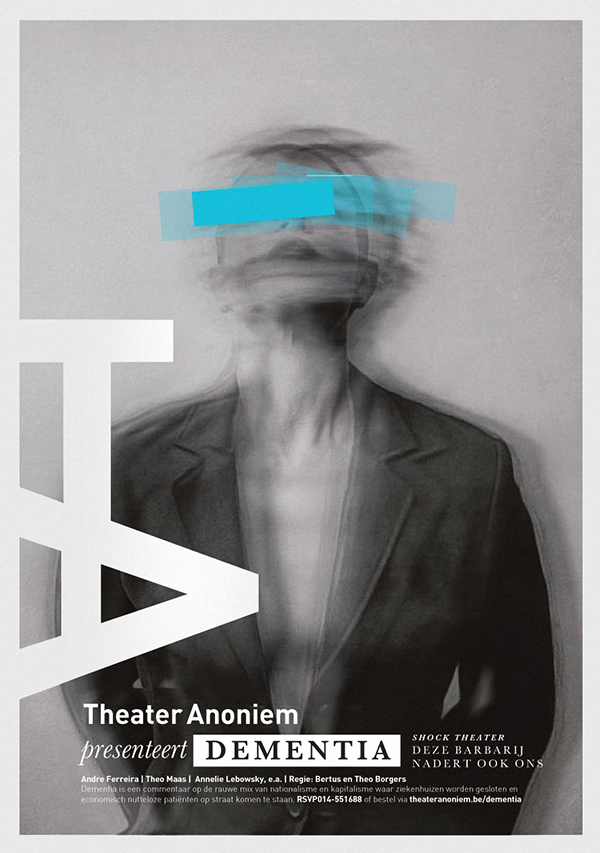 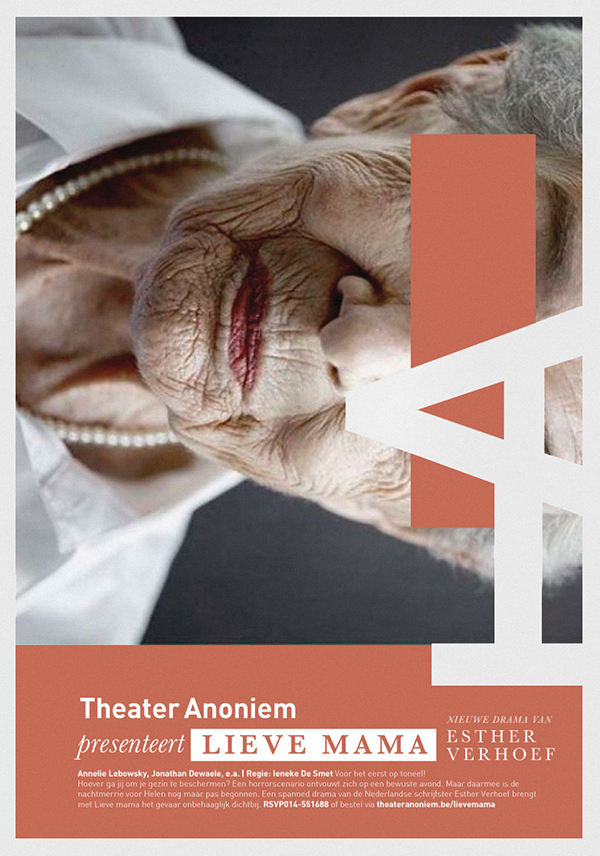 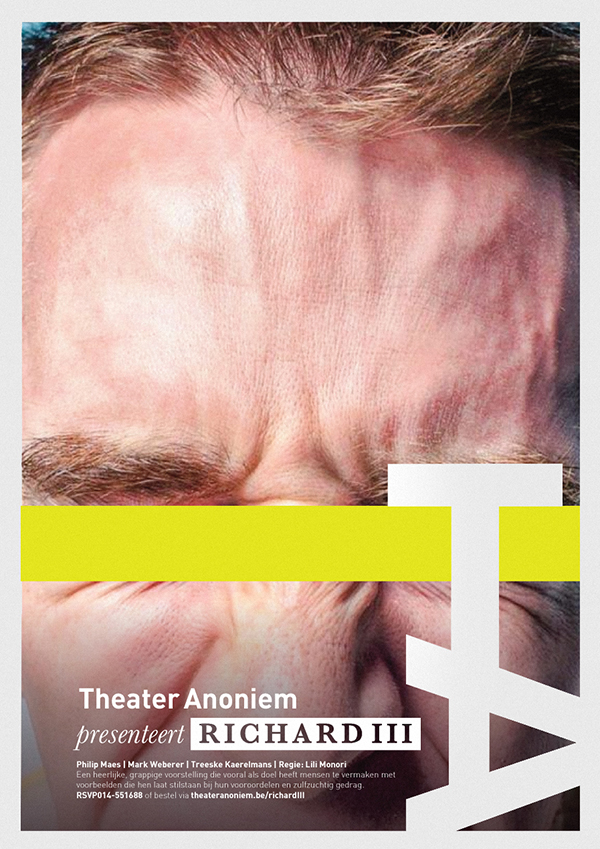 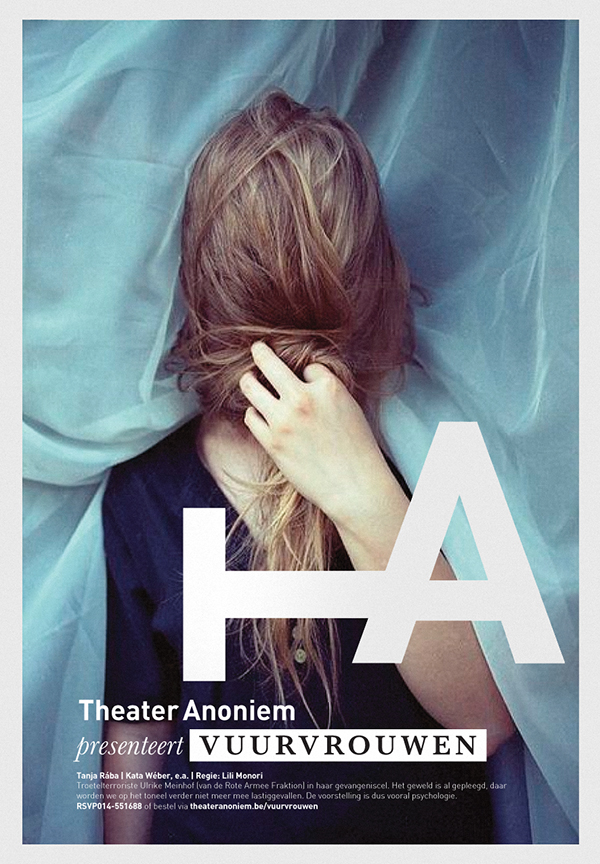 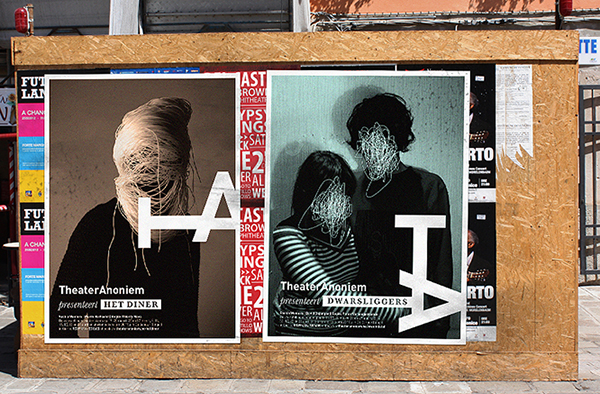